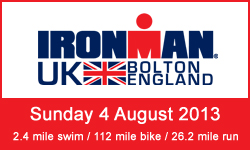 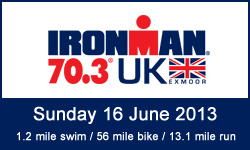 Members of Rotary clubs in the area surrounding each of the events will be involved in giving support to the athletes and will be working alongside the Ironman UK team to ensure the smooth running of the events. Rotary is a worldwide voluntary organisation with over 1.2m members in 200 countries. In Britain and Ireland it has over 55,000 members in 1,850 clubs.

In 2011, members from 22 clubs assisted at the events on a voluntary basis. An important aspect of the Rotary Charity Partnership with Ironman UK is the part played by Rotary Charity Fundraisers. In 2011, Rotary Charity Fundraisers raised over £109,000 for charities and good causes. Being a voluntary organisation and a registered charity Rotary is able to see that a maximum amount of the funds raised, including Gift Aid, goes to the five nominated Rotary/Ironman UK charities.

Rotary and the Ironman UK event organisers have committed themselves, in a unique charity partnership, to help those less fortunate than ourselves by raising funds for charitable causes.