A Short History Of Rotary 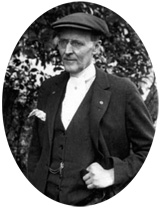 Rotary came into existence almost by accident. After moving from Vermont to become a young lawyer in Chicago, Paul Harris, had the idea of getting a group of businessmen from differing professions together at regular intervals for fellowship. The first of these meetings took place on the 23rd February 1905. They decided to subsequently meet at each other's place of business on a rota basis. With this in mind they called themselves a Rotary club.

By 1922 Rotary had spread to every continent. In recognition of this it changed its name to Rotary International (RI). At the time any country with more than 25 clubs could apply to become a 'territorial unit'. The clubs in Great Britain were the only ones to apply. They became Rotary International in Great Briton and Ireland (RIBI). Shortly afterwards the concept was dropped but RIBI was allowed to retain all its rights and privileges as an independent unit of RI. So it remains to this day.

RI is a worldwide organisation of business and professional people with more than 1.2m members in over 34,000 clubs in 200 countries. This includes RIBI which itself has over 55,000 members in 1,850 clubs. By combining their skills and resources, members of Rotary are able to make a real contribution to the lives of others. 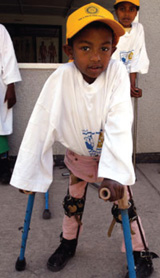 Because Rotary is in over 200 countries it is in the unique position of being able to reach people in need all over the world. These range from global projects, such as the eradication of Polio, to small local club events. In local communities throughout the UK, for instance, each club raises tens of thousands of pounds for the community and local charities as well as for international causes. Members volunteer their time supervising local events and running local projects aimed at promoting the achievements of young people, co-ordinating educational programmes and supporting local businesses.

Rotary has its own international charity The Rotary Foundation. This funds the improvement of health, the support of education and the alleviation of poverty throughout the world.

Since 1985 Rotary has been working to rid the world of polio. At that time polio was still endemic in 125 countries. Rotary's financial contribution will be over $1.4 billion by the time the world is certified polio free. In 2014 it was confirmed that Nigeria had been polio free for a year. This means that polio in now only endemic in two countries, Afghanistan and Pakistan. Since 1988 polio cases worldwide plummeted by more than 99% from about 350,000 per year to fewer than 650 in 2011. Since then the numbers have fallen even further. In September 2015 only 43 cases had been reported for the year. The goal of global eradication is in sight.